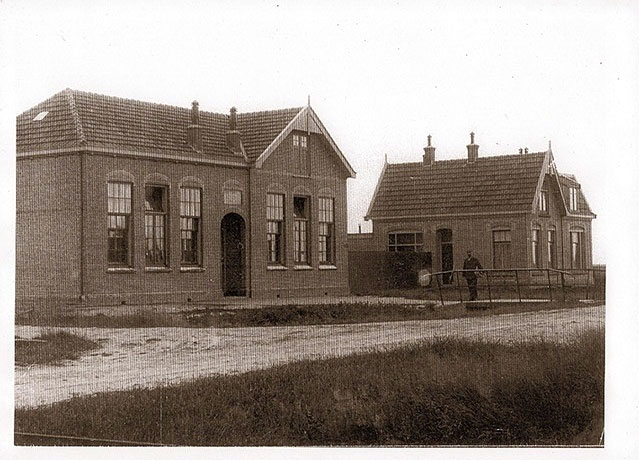 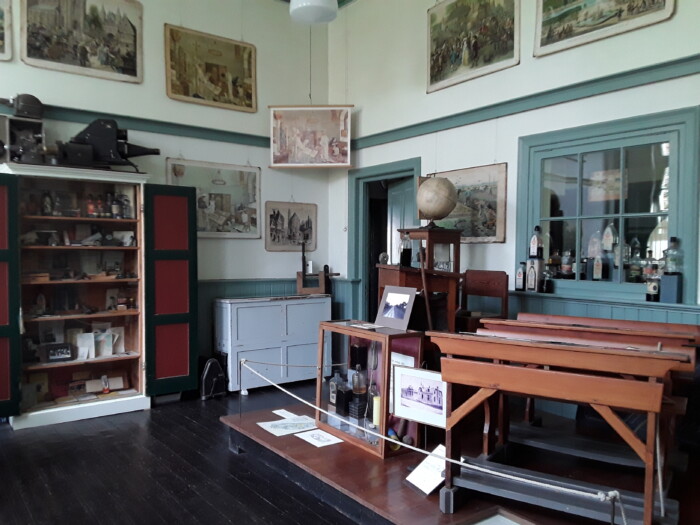 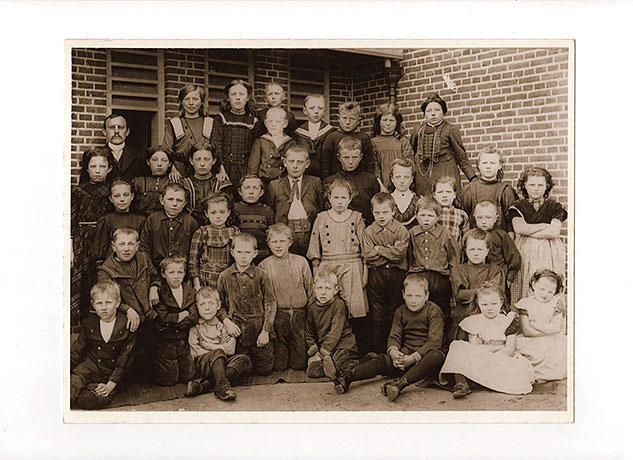 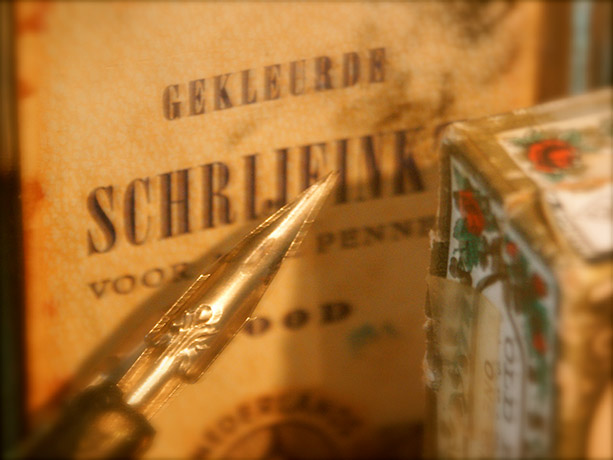 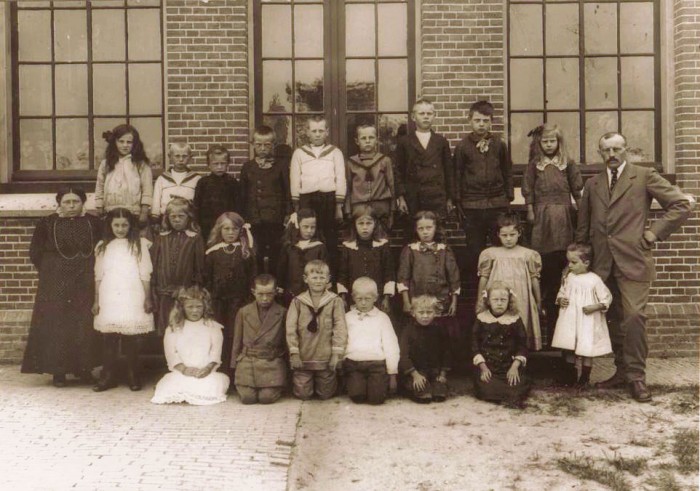 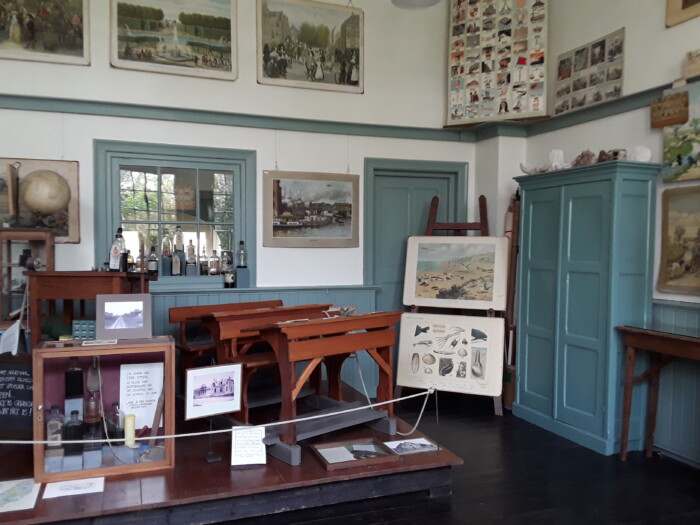 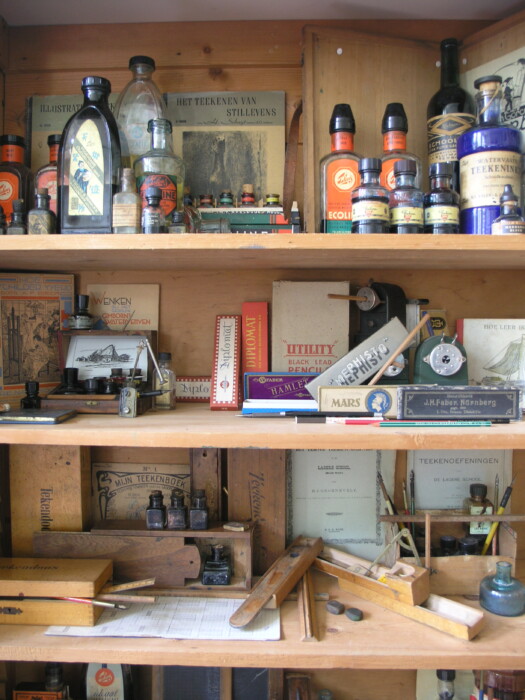 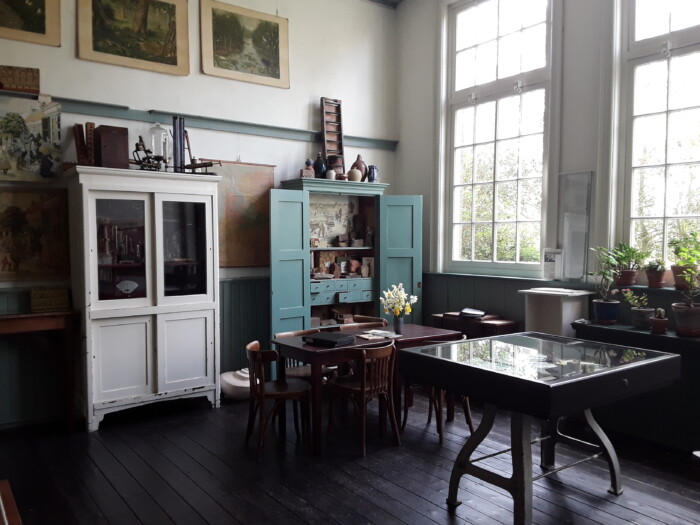 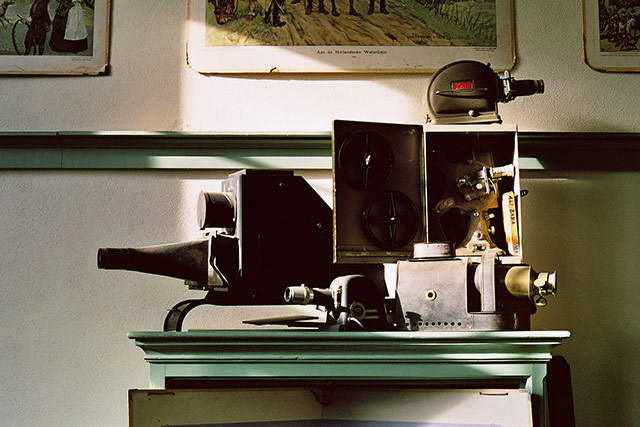 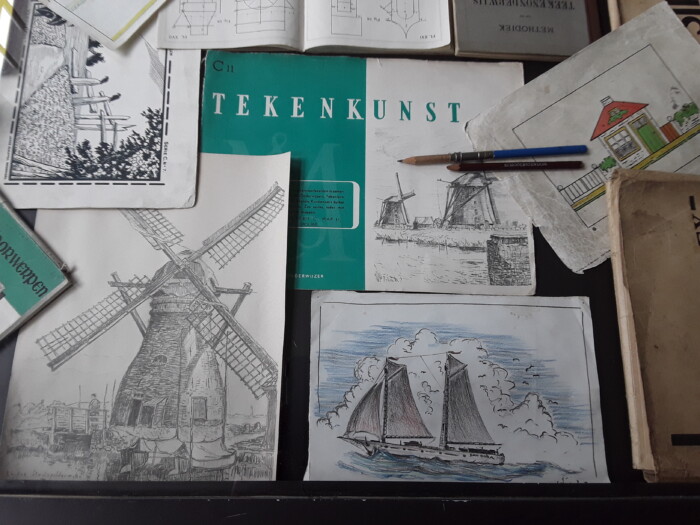 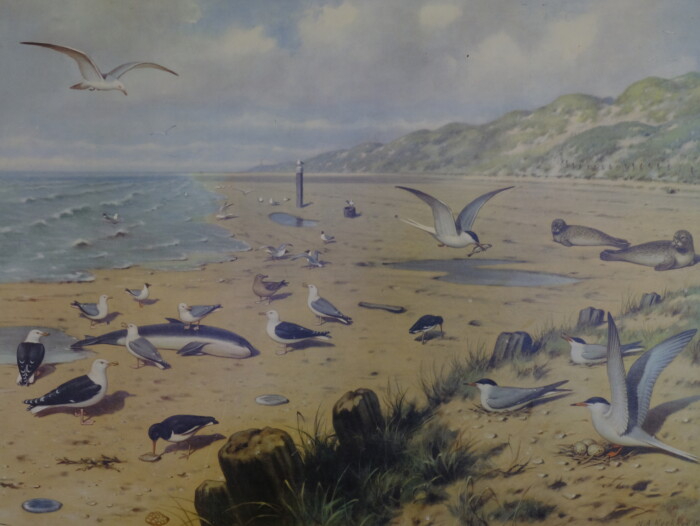 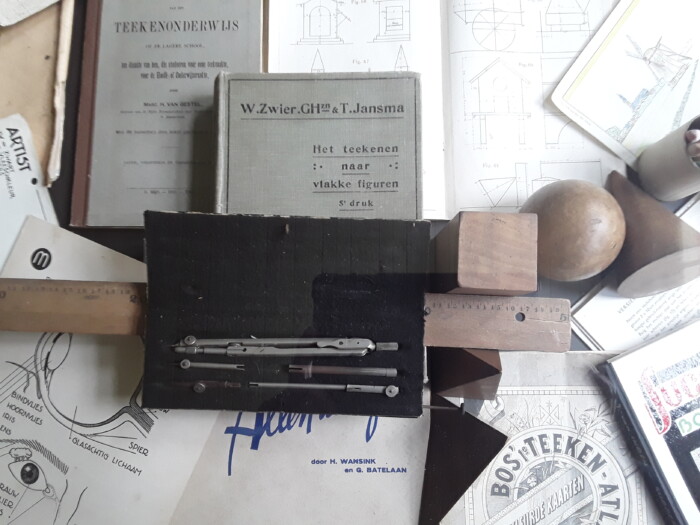 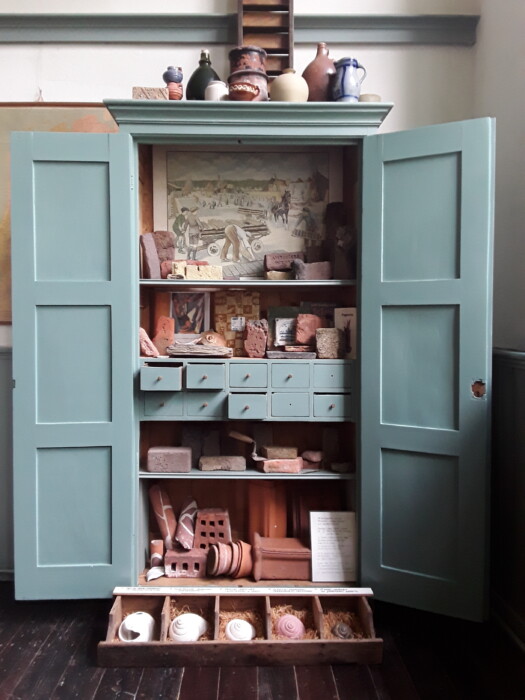 The former school of Zuid-Eierland

The traditionally built school in the hamlet of Zuid-Eierland, one of the residential areas of the Eierland polder, was founded in 1912.
In 1978, after the school had been closed down and following several vacant years, the building became the art studio, exhibition space and living area of the painter, Niek Welboren.
With his own hands and with much respect for the history, the interior was restored and the building was adapted for the new artistic function. Or better put, the new function was artistically adapted.
Restoration of the interior meant: eradicate all traces of “the hardboard generation” and reinstate the original carpentry trim. Nearly everything, except for a few corners, which is now newly visible, was stripped, scraped, restored, and carefully painted.
After years of work and commitment to conservation, a unique and attractive whole has emerged. Furthermore, the history of the school – which slowly but unavoidably presented itself to the new owner – has been given a permanent place in the School Museum. The Museum’s collected past forms an essential part of the permanent exhibition at The Eiland Galerij.
The school’s history is closely connected to the changes of the times and the mechanical developments in agriculture.
The Eierland polder, which was diked in 1835 and is still an important agricultural area, once had three schools for primary education: De Cocksdorp (1841), Midden-Eierland (1877) and Zuid-Eierland, where a small school already existed in 1849.
The schools were located walking distance from the farms and the farm labourers’ homes.
The Midden-Eierland school (3.5 km away as the crow flies) was considered “the competitor”, for in the polder, the moving house of one labourer’s family could determine a school’s number of pupils, which was directly connected to the number of teachers and the functioning of the school…
The heyday of the school was in the 1930s. There were then 3 teachers and more than 80 pupils filled 3 classrooms – and gave life to the neighbourhood. Later it became again – just as it was in the beginning – a “Two man school”. Then most of the children only went to school for six or seven years; they provided important labour from a young age.
“The good old times” (?) of many farm labourers and their often large families, are long gone. Today, walking to school is almost inconceivable…Walking to school in clogs has become history, just like the wooden benches, the books of Ligthart, Scheepstra and Jetses. Who still tells a story by the Isings or Koekoek wall panels?
In the School Museum, you can still daydream away at the old pictures, as the general and local objects that have been collected honour the school history. Not only in the School Museum, but also in other exhibition spaces, the original form has remained visible.
The entire building has thus despite, or rather thanks to its new function retained much of the original structure and atmosphere.
The school and the schoolteacher’s house represent a past era and a part of the polder’s history. In 1993 both properties were given historical monument status. For the project’s initiator, Niek Welboren, the recognition is a reward for his efforts, especially when one considers that demolition of the school for housing was once an option.